Keto enchilada lasagna casserole is a mildly spicy, cheesy freezer meal the whole family will love. Dinner is ready is under 30 minutes! Others who were looking for "Keto Enchilada Lasagna Casserole" were also interested in these recipes: Easy keto dinner recipes are a must in my household. That’s why this keto enchilada lasagna casserole get made at least three times a month for our low carb dinner. It’s a highly requested recipe by my two kids and husband! And I like that it only takes about 30 minutes to make from start to finish and is freezer friendly. So I can double the recipe and make two keto enchilada lasagna casseroles. One for dinner that night and one to enjoy later on in the month. This low carb enchilada casserole has layers of spicy, creamy ground beef, cheese and protein noodles. Top it with some sour cream, guacamole or avocado slices for the ultimate keto Mexican dinner recipe! Most enchilada casserole recipes use tortillas as a ‘enchilada noodle’. Instead, we used sliced deli meat. You can use chicken or turkey. Both a have a mild flavor that won’t overpower the keto casserole. Using sliced deli meat keeps your net carbs low in this easy keto dinner while creating a layer lasagna affect that tastes delicious too! If you are worried about nitrates, nitrites and preservatives, look for deli meat that is free of those. Stay away from anything that is sweetened or sounds like sugar was added like honey turkey or mesquite chicken.

Using sliced cheese in the layers in place of tortillas is an excellent keto friendly option. In this recipe, I used the Folios Cheese Wraps and just cut them to layer them down evenly. But regular old slice cheese works perfectly too! Here are some simple ingredient substitutions you can make in case you don’t have all of these ingredients on hand.

To keep this keto casserole low carb and gluten free, we use sliced deli chicken and cheese to replace the tortillas in this recipe. Traditionally, most enchilada lasagna casserole use tortillas as the noodles. Obviously, most tortillas are loaded with carbs or are made with gluten. If you aren’t worried about gluten in take, you could substitute the deli chicken with low carb tortillas. This is an easy option if you don’t have any sliced deli meat in your refrigerator. Be mindful of how many low carb tortillas you layer down. Many of them have between 3 to 6 net carbs and that can add up fast.

If you don’t have any sour cream in your refrigerator, you can substitute with 4 ounce of cream cheese or 1/2 cup cottage cheese. You could even get away with adding 1/4 cup of heavy cream just to make the ground beef enchilada mixture creamy. I love it when keto dinners can be frozen. I will make up two batches of this – one to eat for dinner now and one keto enchilada lasagna to freeze to have on hand for later. Meal prepping like this makes staying successful on the keto diet easier because you will always have delicious easy keto dinners ready to cook. To cook keto enchilada lasagna casserole from frozen, bake in a 350 degree oven for 90 minutes or until the cheese is melted and bubbly. 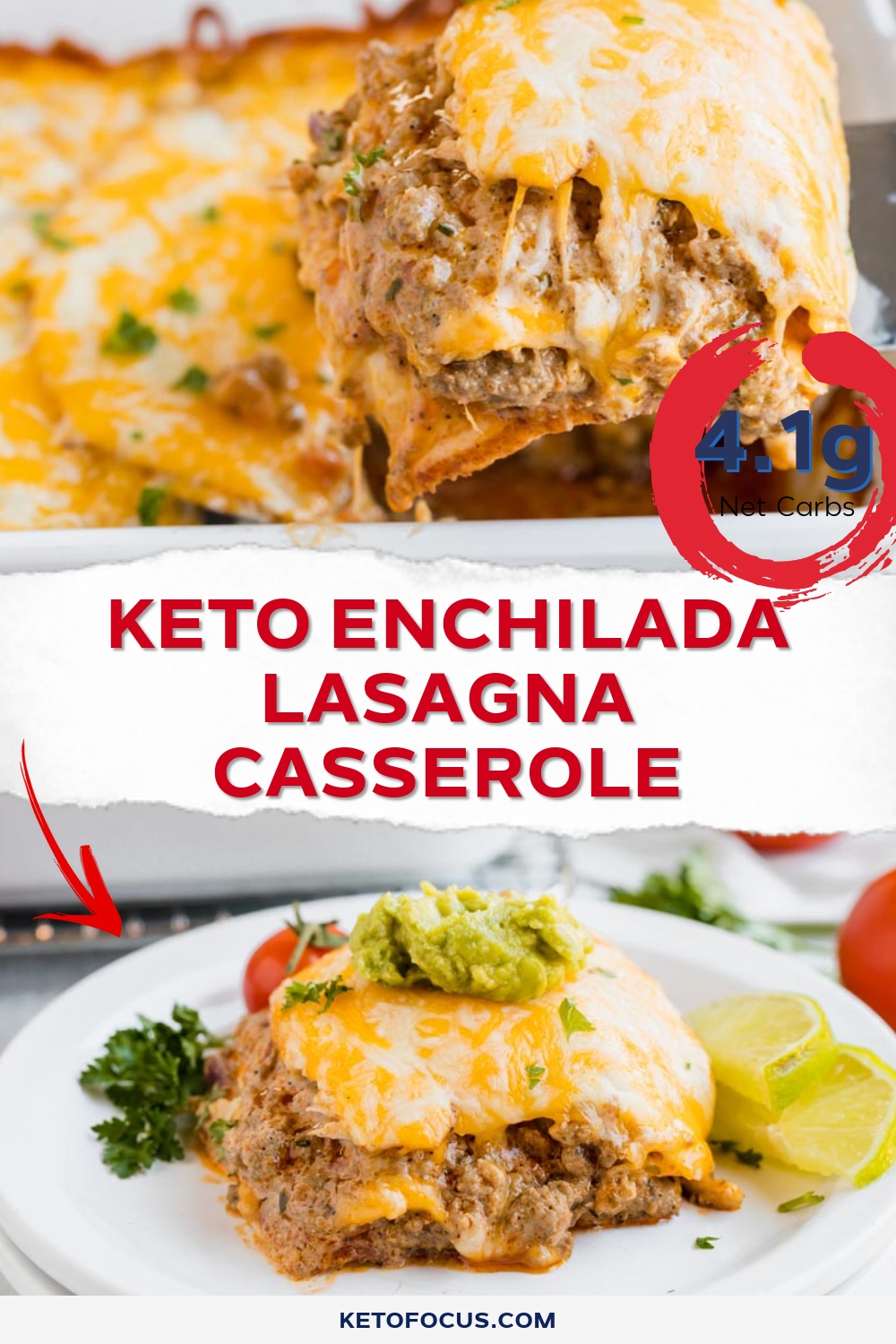 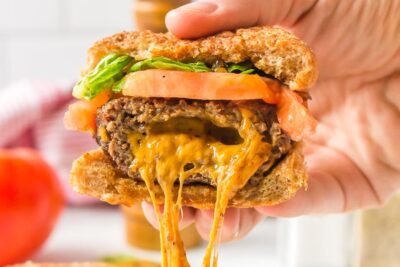 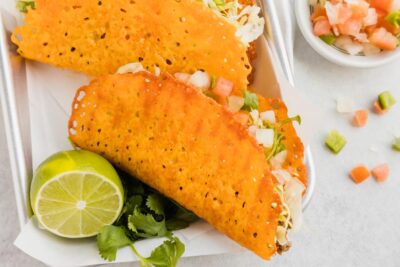